Anja Ibsch has been actively working as an artist and curator in the areas of performance and installation since 1993. Currently based in Berlin, she creates intense works that explore personal, cultural and social aspects of human presence while researching the endurance and tolerance levels of her body. Frequently inspired by myths of sainthood, sacrifice and release, her work emphasizes and extends connections between her body and the general cultural belonging to the world.

In her work, Anja Ibsch characteristically tests her bodily limits, creating images that combine conceptual concerns with tasks of endurance or physical strength. For the audience, these images work to transform the way we view or understand the performer’s physical identity. At the same time, the works engage the performer in a changing perception of her relationship to the world around her. Ibsch creates her work in response to the circumstances that present themselves, adapting to local environments and situations. 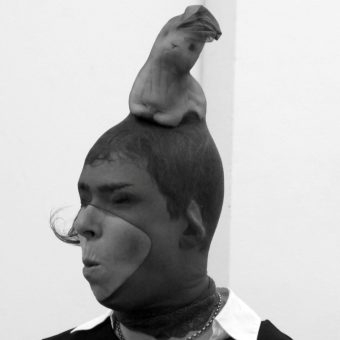