Since 1990, he was the head of Warsaw Gallery “Kuchnia”. Today it is a part of Gallery XX1 (former
Sculpture Gallery), with Ryszard Lugowski as a head since 2001.
He is a founder and a member of Scientific Club of Employees of the Academy of Fine Arts in Warsaw.
Co-organizer and a participant of a series of exhibitions “Faunomania”, which were presented in the
Centre of Sculpture in Oronsko, Borey Art Center in Saint-Petersburg, RLBQ Gallery in Marseille. A
multiple scholarship holder of the Ministry of Culture and Art and Culture Foundation. He also received
a one-time Wierusz-Kowalski scholarship.
He lives and works in Warsaw.

His works are located, in particular, in funds of Studio Gallery in Warsaw, in Chelm Art Museum, in
Bureau of Art Exhibitions collection in Sandomierz, in the Academy of Fine Arts in Warsaw collection, in the National Park in Muritz, Marc Chagall Museum in Vitebsk and in private collections in Poland,
Germany, Australia, USA 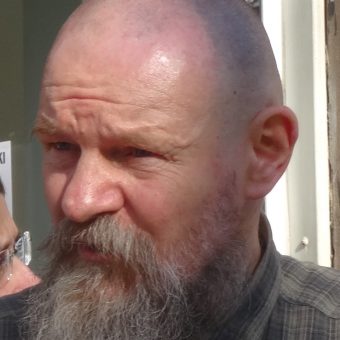