She applies the performance art to present  «imaginative identity», arising out of   synthesis between performance and sculpture. The created identity has   been characterized by fantastic and weird character as recognized  realistically in situation and space. The identity of women in society as it has been obvious in various media such as female characters in online  games, literature, or fiction, was examined and analyzed. The creativity and reinterpreting were adopted to produce the weirdness in the identity  and gender status as well as produce artworks in live performance, photography, moving images, and Installation. Her works have been  exposed in various exhibitions and international performance Art Festival  domestically and internationally like Taiwan, China, Indonesia, Laos,  France, and the USA.

At present, Wilawan is interested in applying identity, sex status physical body and space as an experiment. The ways of thinking that have influenced her creativities in arts, linking the audience’s perception         through physical body as a medium reflecting thoughts, including  expanded scope of creating artworks which the body is used with the integration of science related to the different types of human perception,           such as shape, taste, smell, and sound to continue the development of   knowledge and the likeliness to create a variety of works. 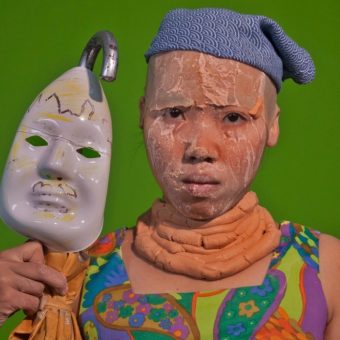