In 1974 he graduated from the Academy of Arts in Warsaw. Since the early 70s he has been involved in the independent cultural movement (student’s art center Dziekanka, Warsaw), has been a head of the group of self-education “Studio Art-Research”; cooperating with students of theater, music and art schools promotes an idea of self-education in the art process. Since 1984 he has been iimplementing a new way of collective interaction in contemporary art, by this he has created a program principles of the international group of artists «Black market».

In the early 90s he refused from the active participation in the art market, and focused on the individual creative way, based on the concept HERITAGE and applying a contemplation practice of routine art-process.

Over the years he performs under the name NOAH WARSAW, returns to active participation in performance art, reveals a new trend in the artistic research «dyscyplinie natchnienia», which is being defined as ARCHWAY and applies «fine art performance» in practice. 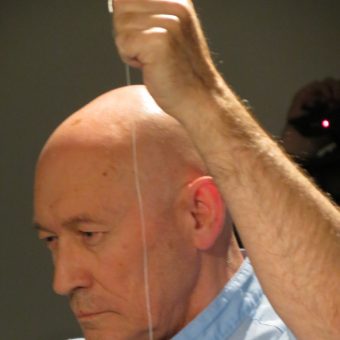